5 Advantages and Disadvantages of Convertible Cars 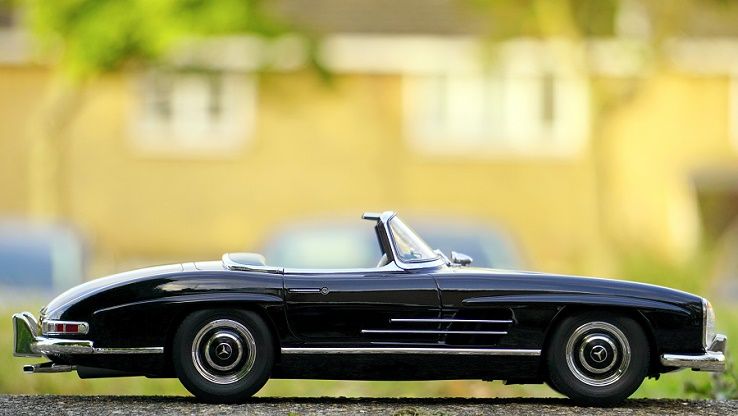 Convertible cars. Loved as well as hated, cars with retractable or removable top are special by nature . They sell more than we think, they are more desirable than we think but most of those who can afford it and want to buy it think twice. A cabrio can give you more freedom on one side but you can remove it for another.

If you are determined to buy a convertible, you can go directly to our convertible guide , but what are the pros and cons of acquiring a convertible ? We are going to throw five reasons in favor and five against.

Do you need to explain the feeling of freedom that gives you a convertible? No, unless you’ve never gone alone. And if you have not gone alone but you are evaluating to get one, you soon you will realize that this is the most important thing. If you really like to drive and savor, you will be amazed with the sensations when using a convertible car: touch, sight, hearing and smell … after a short time, A very special taste.

Now it Can Be Done in Winter

The rafters have changed a lot, I extend it later but they have become better in durability parameters like the acoustic and thermal insulation of the outside through the bonnet . But the features are more sophisticated now that help you enjoy the cabrio even in winter. Although a rain repellent has not yet been invented, there are things like the Air Scarf – Mercedes invention – consisting of hot or cold air vents on the headrest of the seats. If you add that to conventional aerators and to the always available heated seats you have the perfect combination to move in the open when the rest of the people go deeply sheltered.

Expensive or cheap everything depends, what you contribute that car or your expectations. But rationally speaking the current cabrios have the specific technology for the top. In many cases the car in question is a variant without roof of another car, in some cases with much demand: Audi A3 Cabrio , Volkswagen Golf Cabrio , Renault Mégane CC , etc.

There are also small cabriolets available on low cost: Peugeot 207 CC , Nissan Micra CC, the extinct Renault Wind (which can be found second hand, etc). Of that same size are the Mini Roadster or the Mini Cabrio, but these play in another division of price.

Especially rigid cabriolets have reached levels of insulation that are practically the same as those of a conventional car. In terms of temperature transfer or excessive noise from the outside (as long as the car is closed). The times have changed and they have also changed in terms of aerodynamic turbulence when high-speed converting is used: an extensible grille located behind the seats usually mitigate this undesired air circulation.

Like everything in this life there are also negative aspects to evaluate if you are thinking about buying a cabrio and that, in a nutshell, have to do with how they are made.

Places limited in number and size

Two or four seats, at most . There is no cabriolet that has more seats – not even strange freaks like the Nissan Murano Cross Cabriolet – and it also happens that those with four rear seats have much less legroom. If you want to take more people with you regularly this will be a limitation. Of course if you travel with your family regularly that will also be a problem.

Small Space in the Trunk

No matter how long the cabriolet – you can think of that Audi A4 Cabrio, for example – the trunk is usually in the back – if you want exceptions, a 911 Cabrio or an R8 Spyder have it in front – and that’s where it is usually stored. As the hood needs space, the boot has to be lost. In many cases as the Volkswagen Eos ,cargo space also reduces the gap left to very limited forms.

There are some cabriolets, like the MX-5 or a Lamborghini Gallardo Spyder , that lend a hand to some extent to carry things inside: they have two seats and small trunk but they offer you a space to carry things between the two seats .

The Passage of time: bonnet sealing, fabric leaks, dirt on the seats, etc.

It is difficult to evaluate this parameter of a particular cabrio before using. On the one hand it is true that technology has some advancement: the closures are sealed, fixing gums are better, etc . On the other hand, it depends on whether the canopy is made of cloth or not (waterproofing can disappear, breaks can occur, etc.) and not all cabrios are of the same quality, logically.

I have had the pleasure, to put it in some way, to see how some convertible car that was left in the street in that state (opened) had a series of cracks in its ceiling. Come on, they had stolen inside. This would not happen to you with a hard top, or at least it would be much more complicated. But let’s not forget that the hood is a mechanism with moving parts that is less complete than a conventional roof . The Mazda MX-5 is the one that makes it easier, because if you like you can choose it with a canvas roof or hard top.

In addition you must also be careful not to leave it parked with everything open, it is not a good idea to put it easy to the friend of others.

In big cities or with a lot of pollution the idea of ​​being in the open is not going to be so good. It’s not hard to imagine being cabbed at a traffic light with a bus next door pointing at you with your exhaust pipe. It is not tasteful dish and there will not be a filter that will wipe you from some of that dirt. On the other hand, a cabriolet lends itself to a walk along coastal areas or areas with vegetation , that could result serious allergic problem in health.