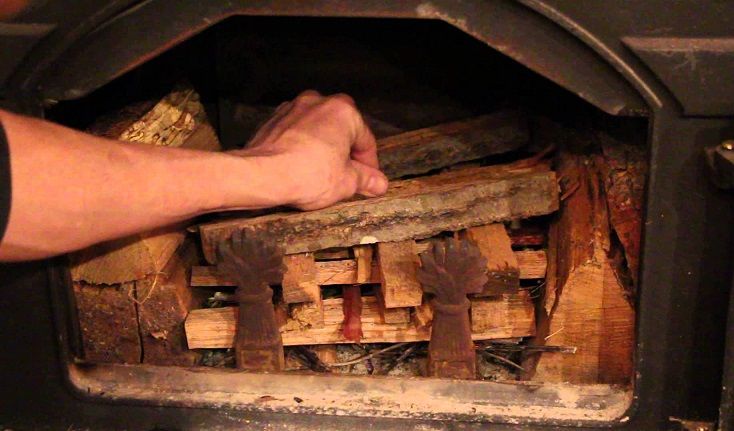 Some people may ask the question: What is the best firewood?

The answer, in fact, is not as easy as you may imagine. There are many different types of firewood, and each type is better at a particular task.

For example, if you would like to start a fire, you will need to find the best firewood for starting fires.

When you are starting fires, it is important to know what type of firewood is best to use.

When you are starting fires, it is important to know what type of firewood is best to use. The best fire starting firewood is going to be light logs. Light logs such as Ash, Birch, and pine will catch fire quickly, whereas heavy logs such as Oak and Maple will take longer to light, as they need a higher heat level to start burning. Fire starting firewood should also be cut into thin strips, or thin twigs should be used. When building a fire, it is important to build the base level with thin twigs that are thinner than one inch. You should wrap these twigs in flammable material such as paper, or birch bark. This flammable material will help to catch the firewood easily.

When you choose the pieces of firewood to use to start your fire, you need also to add one or two logs that are 2 to three inches thick. For the pieces to catch most easily, the logs should be split into halves or quarters. This exposes the inside part of the log that catches fire much easier than the tough bark exterior. The more exposed wood on the log, the quicker the firewood with the catch.

The best firewood to use to start fires also should be very dry. When choosing wood, it is important to get logs that have been covered from rain and have been dead for at least a full year. This is because logs hold moisture very well, and if the firewood is damp, it will need a higher temperature to ignite. Logs under one year old often have not dried out enough to be best to start fires with; however light logs under one year old can still be used, and are often still better to use as compared to heavy logs.

Some examples of flammable material that can be used to ignite firewood are a newspaper, dried grass, thin twigs, un-plasticised cardboard, bark, wood shavings and wood chips. These materials should be combined with more delicate twigs. The twigs should be wrapped with, and put on top of the materials so that they can ignite.

The longest burning best firewood is hard wood like Oak, and Maple. These woods are optimal for keeping a fire going for the longest time. Hard firewood is best to add into an already established fire, because these types of wood require a large amount of heat to ignite. Oak, and Maples logs are the most popular logs to use because of their abundance and ease to access. These logs can be purchased for cheap prices at almost any firewood retailer.

When adding in logs to an existing fire, it is a best to add thicker logs that will take longer to burn. The thicker the log, the longer the log will last, and the more intense and hot the fire will become.

Other hard wood logs are sometimes used for their aroma. These logs are usually placed into the fire one at a time, along with maple, or oak firewood. The sole purpose of these pieces of firewood is to release a pleasant small into the air around the fire. Some examples of these types of firewood are wild cherry firewood, pecan wood, and cedar.

There are also some tricks that can be used to make wood burn longer. These tricks can be used in any wood burning fireplace or sheltered outdoor fires. To make the best firewood last longer, you can do things such as decrease air flow, or stalking. Reducing the air flow causes the fire to burn more slowly, and more intensely. This is because the oxygen supply is cut down, so the fire does not have as much waste. By stalking logs together, you decrease the burnable surface area of the logs. This causes only part of the logs to burn at once. The best firewood logs combined to form a single larger log structure.

Just like how it sounds, the tepee is shaped like a pyramid, the tepee uses small branches, and pieces of paper or bark located under four or five larger best firewood logs. The branches used on the outside of the tepee should be 1-2 inches long.

This is the most common way to start a fire, as it is almost guaranteed to work. There are also single sided variations of this fire build for enclosed wood burning fireplaces. For these builds, stack small branches into a corner, and use 2 to three logs to create a quarter of a tepee, using the walls for the other side.

The best firewood to use for this build is light logs. You should use thin Ash, Birch, or pine twigs in the center, and logs that are 1-2 inches think on the outside. These logs should also be light firewood. Once the fire is started, heavier logs can be added.

The nest fire uses only a small piece of flammable material, such as birch bark, hemp, paper, or dry grass to start a fire. This method requires a lot of attention and is usually only used when the material to easily start fires, such as lighters and matches are not available.

To start a fire using this method, you ignite a small nest of the flammable material and slowly add small branches. As the branches light, larger pieces of best firewood are added to the nest until it becomes a size that is useful.

Like it sounds, the Log Cabin fire is built by creating a ‘house’ like structure around small branches. Once the small branches in the center light, they slowly heat up, and catch the surrounding logs. This type of fire is commonly used when the thicker firewood logs are damp or hard wood. It allows the center to get very hot, and slowly heat up the outside logs to the point where they can ignite.

The logs on the inside of the cabin should be thin, and dry, the outside logs can be hard firewood, or light damp firewood. This fire is meant to slowly heat up the outside logs to a point where they can catch.