Why Replacing Auto Bumper is Important? 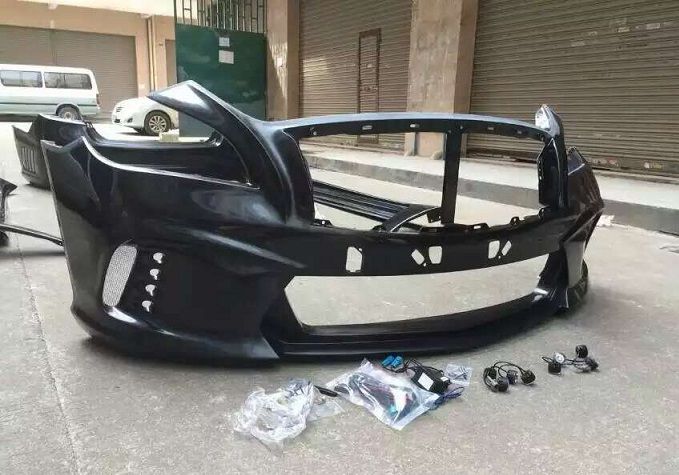 Replacement bumper is of prime importance especially in cases of old and damaged bumpers. After all, bumpers have now become an inseparable part of everybody’s (yes, even the automobile body’s) life. This could be well explained by its use right from cribs, where they serve both aesthetic and practical purposes (to protect the baby) to the larger vehicles (to protect the engine and the other vital parts).

Bumpers, though stand as just another auto part, play a very vital role so far as safety, performance and even aesthetics of an automobile is concerned. The bumper, along with the bumper cover, protects the sensitive and vital components of auto parts from being damaged due to the jerks and shocks the automobile receives due to uneven roads, hilly terrains or even minor, low-speed collisions and crashes. It absorbs crash energy/ impact and channels it towards the opposing object; the automobile has collided with, thus, providing protection.It shields the headlight assembly and is designed so as to protect the grille, hood (and the various parts, systems, and mechanisms under it), exhaust and cooling system, etc. Thus, playing a significant role in keeping the car going!Thus, playing a major role in keeping the car going! Thus, the issue of auto bumper replacement, when needed, should never go neglected

In the earlier days, even a gentle bump into a hard object or rubbing against sharp edges damaged portions of automobiles or resulted in disfigured vehicle bodies. Though agree that the owners of these automobiles learned of the importance of a bumper the harder way, thanks to their experiences we, today, hardly doubt the cause of using bumpers. The earlier experiences forced the auto dealers and car manufacturers to come up with ideas for developing protective accessories. Metal bars were then fitted in the front and rear of the automobiles that saved the vehicle from mangled looks or potential damage to a certain extent. Since then, bumpers have become an integral part of any automobile.

The passing years have seen a great transition in the design and structure of bumpers. Initially, bumpers were merely metal pieces placed in the front of the vehicle with an intention, which supported the logic that the bumper would get damaged before any potential damage is done to the automobile. Bumpers, nowadays, consist of a beam, stays and a fascia. They also use foam as a shock absorber, which also helps save the bumper itself from damage. Usually, these absorbers are connected to springs and valves, which facilitate flexible compression and relaxation. The modern bumper is usually made up of lightly weighted carbon fiber. However, the market now consists of a varied range of bumpers of different types, materials, and designs to provide compatibility with the makes, features and configurations of automobile models than in the market.

The bumper replacement price can be reduced considerably by utilizing used bumpers available in the market. Car components can always be salvaged and reused because, not necessarily, do all automobile owners sell away their cars due to car failure. It is usually because of the changes in their tastes and styles, and thus, to buy a new car. Thus, one could end up selling a car in perfectly well running condition. Thus, the market is always full of good quality used bumpers