How To Change a Car Battery in 12 Easy Steps 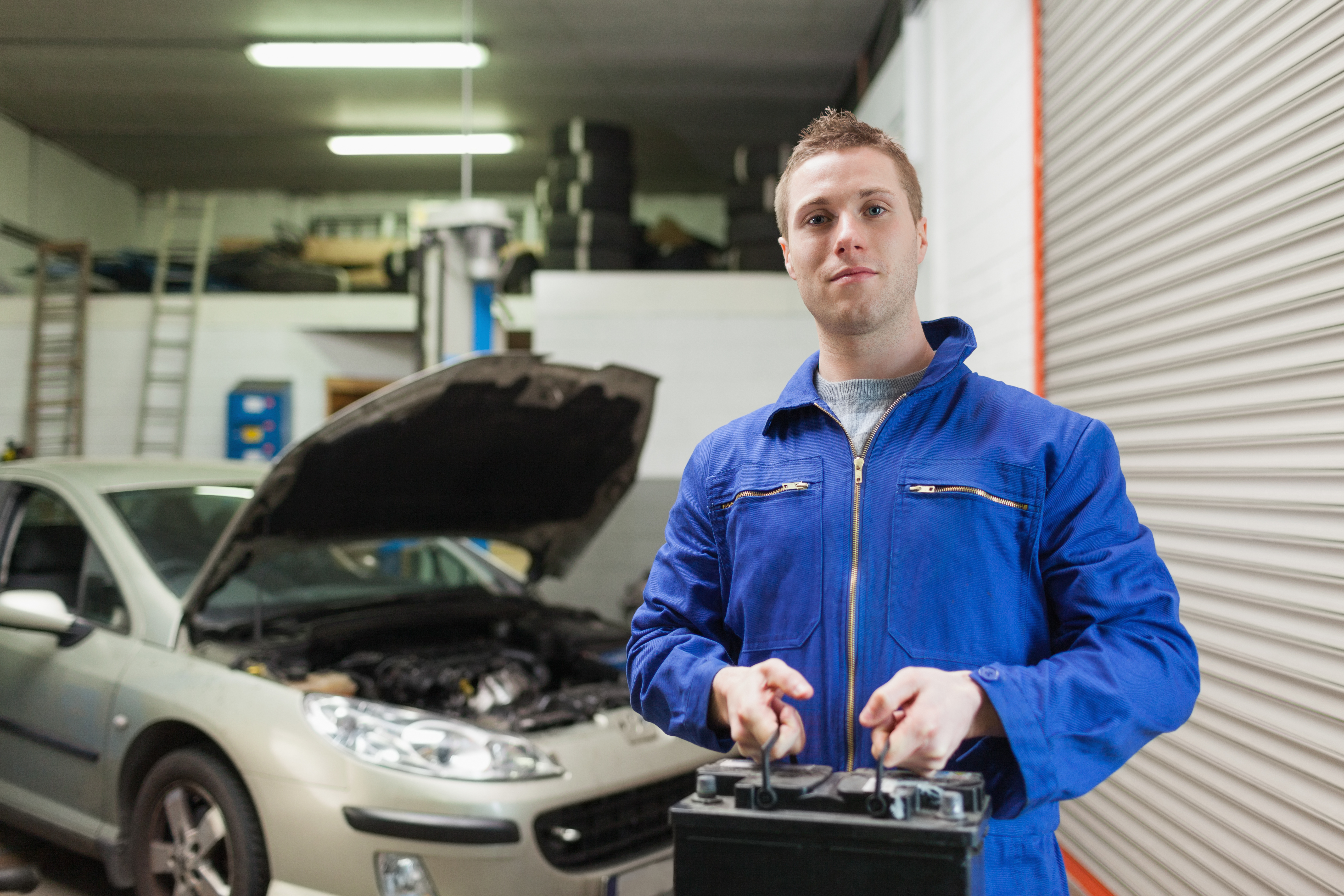 Your car’s battery is one of its most important components. When it is functioning properly, you probably give it very little thought. If something goes wrong, however, a dead battery can be impossible to ignore. By periodically inspecting your vehicle’s battery and watching for certain warning signs, you can avoid becoming stranded.

We show you how to change a car battery in this article.

When To Replace a Car Battery

Generally, car batteries require replacement after approximately three years. When a vehicle’s battery turns five, you can’t expect it to be reliable. Some batteries, however, are designed to perform well for longer. Check with your vehicle battery’s manufacturer to determine when you need to replace it.

Even if your battery isn’t old enough to require replacement, you should watch for certain warning signs to know your car’s power source is fading. If you observe any of the following, it is probably time to replace your battery:

Sometimes drained batteries simply need recharging to function properly. Before you decide to invest in a new battery, you may want to ask a qualified mechanic whether yours is salvageable. Still, if your battery has left you stranded, there is probably a decent chance it may do so again.

How To Choose a Replacement Car Battery

Picking the right replacement battery for your vehicle usually depends on your driving style. If you live in an extreme weather climate, you want to be certain you choose one that has sufficient cold cranking amps. Likewise, if you drive a vehicle with several aftermarket upgrades, you want to pick a battery that offers exceptional power output.

Generally, you must consider the following specifications when choosing a replacement car battery:

How To Change a Car Battery

After you have determined you need a new car battery and have chosen the right one for your vehicle, you are ready to make the change. Once you have the right information, replacing an ineffective car battery is usually quick and simple.

Here are 12 steps to guide you through the process.

Step 1: Locate the Battery and Gather the Necessary Tools

Before you can replace your car’s battery, you must know where to find it. If you don’t already know, consult your vehicle’s owner’s manual to determine the exact location.

On many vehicles, it is at the top and front of the engine. After locating your vehicle’s battery, gather the necessary tools for the job. An adjustable wrench, socket, screwdriver, and pliers should be more than enough. Still, you may want to invest in a terminal puller to make the project a breeze.

When replacing a car battery, order matters. As such, you want to carefully follow these instructions. Once you have identified the positive and negative cables and battery posts, loosen the negative terminal cable by turning its nut or bolt using a wrench or pliers.

After you loosen the nut or bolt on the terminal cable, you may remove the negative cable from the post. If you have a terminal puller, use it to make the job easier. Next, repeat the loosening and removal process for the positive cable.

To keep the battery from vibrating, your vehicle’s manufacturer likely installed a clamp or other type of stabilizer. You must remove this piece to access the battery. Generally, a couple of screws hold the clamp in place. Remember, don’t touch the positive post of either the old or new battery when you are removing the anchor or clamp. Also, because you must reuse the clamp, store it and its screws where you aren’t apt to lose them.

After you have removed battery clamp, you are ready to take out the old battery. When you do, be careful not to jiggle it too much, as it may have an acid leak. Also, be careful to stabilize yourself, as batteries are often heavier than most people estimate.

Often, corrosion builds up on battery cables. Before you install the new battery, check your car’s cables for signs of corrosion. If you notice any, use a solution of baking soda and water with a wire brush to remove it. If your cables are damaged, you may need to replace them. This is a complicated job that usually requires a professional mechanic.

Next, gently set the new battery in place, making sure you align the cables and posts properly. If you aren’t sure which direction the battery is intended to rest, check your car’s owner’s manual. You may also use the old battery’s placement as a guide.

After the new battery is firmly in place, secure it with the existing battery clamp or restraining system.

Step 10: Remove the Protective Caps From the Terminal Posts

Your new battery probably has protective caps over the top of each terminal post. Remove these before hooking up the terminal cables. The battery also likely has anti-corrosion washers. Be certain you place these over the corresponding post prior to attaching the terminal cables.

When you finish attaching both cables, try to wiggle the new battery. If it moves, tighten the restraining system a bit more. Also, check to ensure that both the positive and negative terminal cables are firmly attached. There should be no movement.

You don’t have to be a professional mechanic to know how to change a car battery. By following these 12 simple steps, you should be able to replace your vehicle’s power source quickly and easily.